About the Human Microbiome 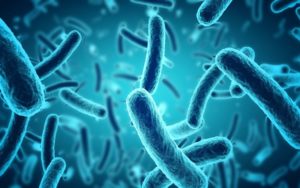 Roughly speaking, the microbiome is considered to be comprised of “non-human” cells. It is estimated that there are more of these cells on and within the human body than so-called “human cells.” Given the microbiome’s importance in maintaining human health, and the vast depths of its complexity, it is unclear whether the “human” vs. “non-human” distinction is meaningful. Due to the close relationship between the human body and its microbiome, many consider the human body to actually be a “supraorganism” comprised of what has traditionally be considered “human” along with its microbiome.

Recent developments in therapeutic treatments, such as fecal microbiota transplant (“FMT”), aimed at healing the gut microbiome have sparked hope that some diseases with an associated gut dysbiosis (microbiome imbalance) may be susceptible to such treatments.

The list of diseases that are believed to be associated with an imbalance in the gut microbiome and consequently may be subject to new microbiome targeted therapies is exceedingly large (and constantly growing) and includes: